In spring of 2017 I created the Atlas of Rotterdam in 2070. This document was an attempt to curate and bundle the outcomes of a team session exploring our thoughts and ideas for the world in which to set ‘Fight’, a science fiction feature film that is being developed.

I discussed the outcome with the director who was really excited by the material and we agreed that the next step could be to make the selection more specific: create more specific chapters and categories within the images and look for stories within those.

To open up the process I printed all the images that we had collected (many more than ended up in the previous Atlas). We put them on the wall in random positions, without adhering to earlier categories or order.

This opened up interesting conversations about contrasts and similarities between the images, and we recognized new patterns that we had not noticed before.

We started reordering and regrouping the images and this sparked more detailed conversations shaping our vision of the futuristic world of ‘Fight’. 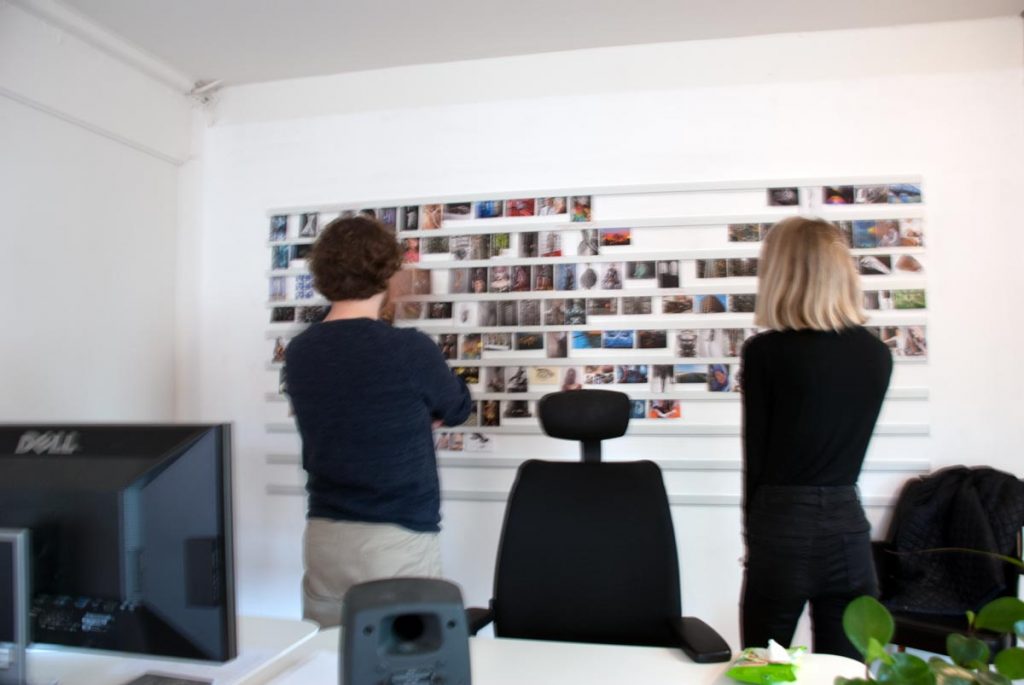 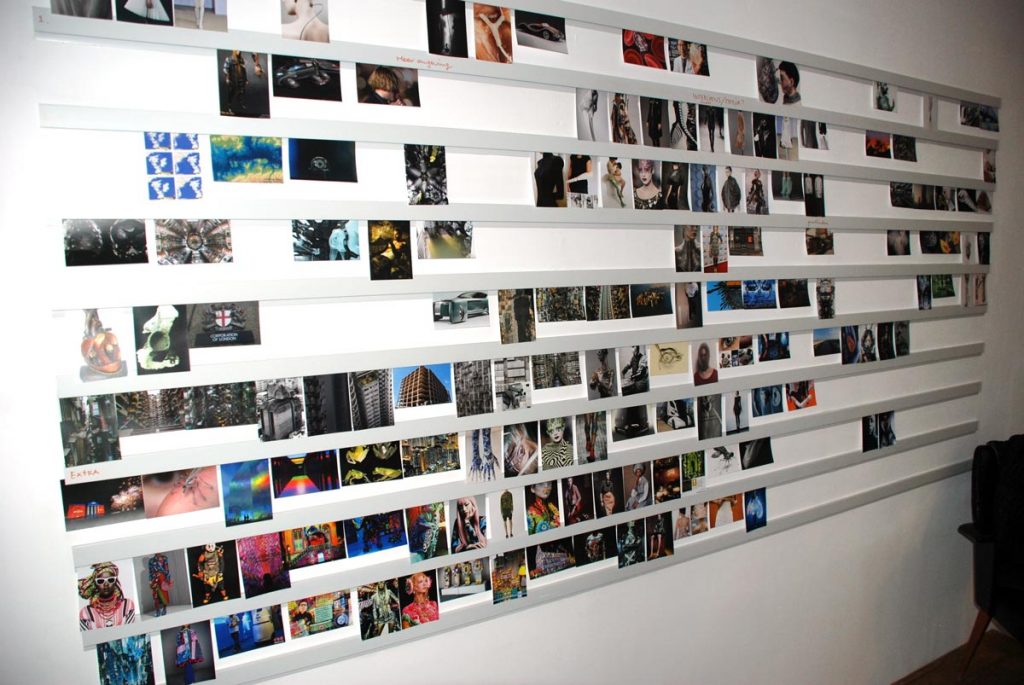 Printing out all the images that we collected through sharing Pinterest pins was at first meant to be a conversation starter. Intuitively I wanted to get the team in the same space and have an organic exchange of ideas. Huddling 5 people together over a digital screen was an unattractive idea (although I was not sure why).

Upon reflecting I realize what I’m doing is alternating convergence with divergence. During the first session we were mostly divergent, thinking out loud and collecting as many thoughts as we thought useful. After collecting more material I converged the process by bringing these images into a unified Atlas.

From this it would have been easy to converge further and go into detail but instead I presented my interpretation in the form of the Atlas, but at the same time opened it up by presenting all images without order or hierarchy.

In hindsight this process of alternating convergence with divergence resembles the ‘double diamond’ as proposed by the British Design Council in 2005.

Accidentally, or maybe intuitively, I invited the team to take part in ordering the images by making the process really accessible.

It is also a good example of the value of geographic proximity: this was a lot easier to organize with all teammembers living in The Netherlands.