One of the archetypical artefacts of visual effects for cinema is the futuristic metropole. From ‘Metropolis’ (1927) to the remake of ‘Ghost in the shell’ (2017) filmmakers have been envisioning futuristic cities as backdrops for their stories.

Recently I have been collecting stills of these envisioned cityscapes.

Even though the collection shows futuristic cities from around 40 different movies, they are remarkably similar with only a couple of clear ‘archetypes’ that they can be roughly organized into:

The designs and architecture look extremely similar – and not too much has changed since 1927. The benchmark is still Blade Runner (1982). And 35 years later there are no new ideas on display. 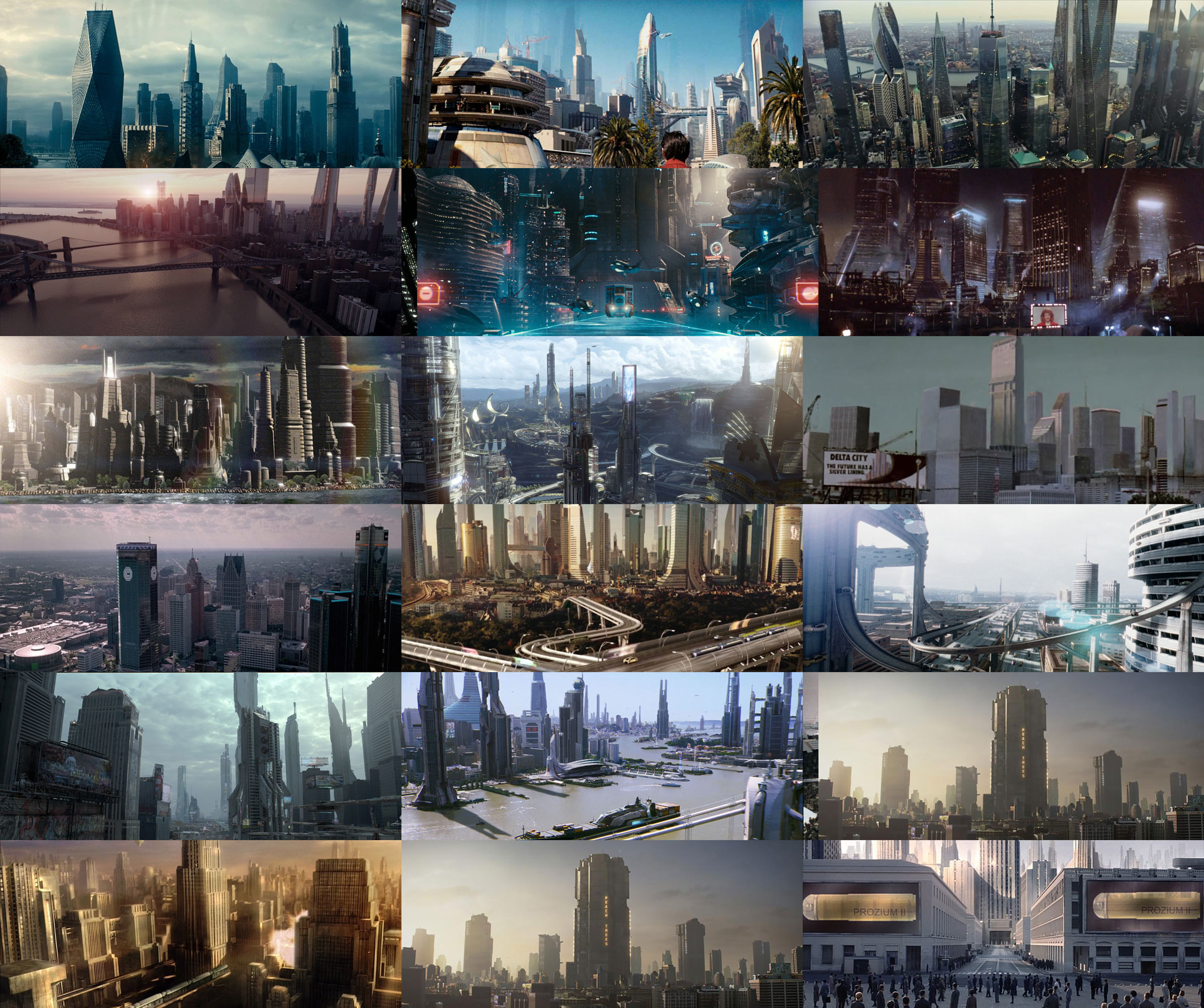